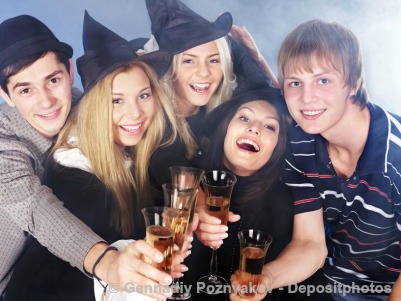 I am very sure you got one drinking story game. It may either be in college when you think of yourself as free-spirited rather than stupid or it could even be as a teen when you want the world to forget your sweet childhood smile.

It can also be about your friend's carelessness on the night he was cut from work. The point is I am sure that some way or another, you got a story to tell and I am very sure that at some point in that story, a drinking story game was involved or a throwing up was witnessed by either the whole bar or the dorm. These are some games to blame for those stories: 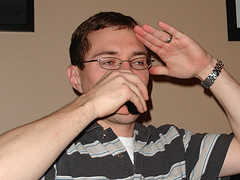 One of the most memorable stories I witness was that of a friend living right across me way back in college. It was the last night of the school year and with the freedom that comes with it, everybody agreed to get drunk that night.

We were playing Power Hour at that time, I had set-up our drinking party mix and we were almost in the middle of the mix, when that friend started throwing up like there's no tomorrow. You see, he was one of the best drinkers in the group.

He was our ultimate leader given his great tolerance against the effects of alcohol. It was surprising that not within the 60 minutes that the game was supposed to be played and with the drink that was to be consumed in every minute of that given time, he was the first among us to have thrown up.

I can still remember the mixed reaction the group had when it happened, we don't know if we should burst out in laughter or be alarmed on the rate his vomit was going.

Aside from that experience, my cousin's big no-no move during a night-out is one of the most treasured drunk stories I have. The game the whole bar was playing that night was called Fuzzy Duck, which is played with the following rules:

My cousin was so drunk that night and was very interested in this particular girl that he would always intentionally make a mistake whenever his turn comes, which I assume was to prove his might to the girl. The other trick he did was to be the one who always drop the "does he" statement even if the pattern had just changed. I did have the feeling that we were about to be thrown out from the bar that night and would be banned there forever.

Of course, I myself do have one, okay maybe several, drunk story. Would you like to hear them? Well, I think you have to get me drunk first before I can share those embarrassing memories. But, one thing I am sure, and I guess you'll agree, is that behind those reputation degrading moments, fun was definitely in the air that night! Fun that can be retold even years after.