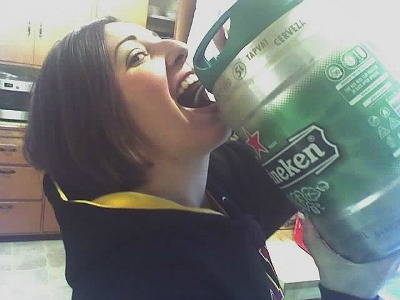 Drinking beer is like playing card games - you may either be novice, intermediate or an all out expert. The amount of beer you can consume in an hour depends on your tolerance against alcohol and of course the longer you have been drinking, it is a given that your tolerance has become higher.

Let's first start with a very easy game called Kings and Blood. This is how it is played: 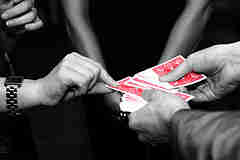 Those drinkers who are torn between identifying themselves as a novice or an expert should settle on the game entitled Dictator.

For those looking for a very challenging and mentally draining beer drinking card game, you will find what you have been looking for all along in this game called Bullshit.

There is no need to be scared while playing beer drinking card games. You can be entirely honest with your friends when you don't know any, as I am sure they have something in the bag that can match the level that you are in. So drop those worries and enjoy this easy night by partying and drinking hard!