The absolute last time I ever played truth or dare. I almost got myself arrested and kicked out of school. I was over at my friend Eric's house and there were some alcoholic beverages present and everyone was having a great time. 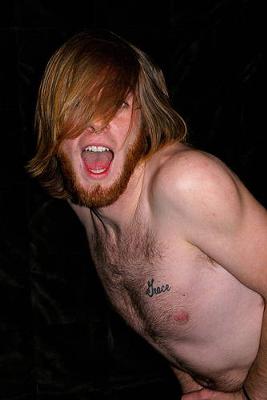 As the night winded down most of the people that were there for the party had parted ways or were asleep on either the floor or the couch. This left eight of us that were still up for a good time and someone suggested playing truth or dare.

A couple of rounds went by with nothing too exciting happening and I was getting a little bored with the game. So my roommates turn arrived and he chose dare, so I dared him to streak around the house naked. I didn't think he was actually going to do it, but he did and the group was laughing for a while over his dare.

So a couple of rounds later my turn arrive and my roommate decides it's payback time. I choose dare and he dares me to run around the entire house naked. Its 4 am so what harm could there be running around the house naked while no one else is awake.

I strip down and start sprinting around the house and I can hear my friends laughing as I circle the house. As soon as I turn the corner I see the one thing I don't want to see, a university patrol cop driving down the street.

I'm sure he sees me and I run even faster around the corner and dive back into the house and dress as fast as I possibly can. The cop is at my doorstep in what seemed like 10 seconds. He is a hardliner and starts telling me that if I get arrested for public indecency I could go to jail and get kicked out of school.

I guess there was an angle on my side that night because he decided to just give the house a noise complaint fine instead of running me into the station. I was so relieved words could not describe how thankful I was. To this day my friends still talk about that truth or dare game.