You can remove a tattoo? After we were done, Jill suggested we go back to her place to keep the good times going. We all agreed. Jill had a great place, very nice, with a fully stocked bar. She had picked up some bar tending skills after graduation because she was mixing all sorts of alcoholic beverages for everyone.

Stuff I can't even remember the names of! Well, eventually, Jill brings out a deck of cards and suggests we play some strip poker. Just a little fun amongst old college buddies. Michelle laughed and said it was a great idea. Well, who was I to protest? 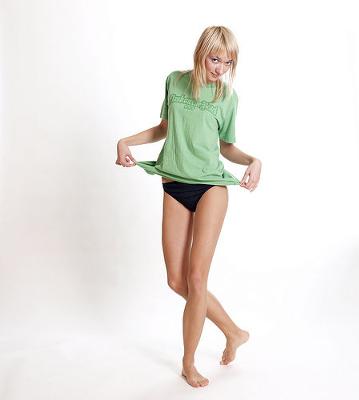 I was a single guy, and the two girls were looking better than I had imagined. So I put on my best poker face (not very good, considering the circumstances), and take a seat on the sofa next to the coffee table. Me and Jon were cleaning house at first.

We had Michelle down to her bra and Jill with her bare feet. (Jill insisted that each shoe and sock counted as an individual item of clothing). I think the girls slowed down their drink intake while increasing ours, though, because the tide started to turn.

I lost a shirt, shoes, and belt. Jon was holding his own, but blew a hand. The girls began hooting and throwing him catcalls to take it off. I don't think anyone was expecting him to take his pants off before his shirt. Sure, it could have been because he was drunk, but we quickly found it that wasn't it. Next hand, Jon loses again. He's in his boxers and a shirt.

The girls are hollering at him to show them his pecs. In one quick motion, he rips his shirt off. And right in the middle of his chest is a tattoo of a bright blue Care Bear! Utter silence, then everyone started laughing. Michele even fell off her chair! "It's not funny, guys," Jon said. We laughed even harder.

Eventually we got the story. That Jon had fallen in love for this goofy woman who called him her "Care Bear" and had talked him into getting matching tattoos. Why he put it on his chest, I'll never know. "Why don't you just get it removed?" Jill asked, once things had settled down. "You can remove a tattoo?" Jon asked incredulously. That just started the laughter all over again. When I was in 5th grade my friends and I were playing truth or dare. One of the dares was to let them write all over us. Needless to say I and one other friend accepted and our friends "tattooed" us all over with purple marker.

There were a lot of polka dots involved. They were everywhere! We got tired and fell asleep only to awaken the next morning and realize the ink was not coming off. Apparently we had inadvertently used permanent marker.

We tried scrubbing it with nail polish remover, alcohol, paint thinner, all kinds of concoctions until our skin was raw and red. We eventually gave up and had to face the world with our purple polka dots. We called them our purple chicken pocks and wore purple to match when we went to church that day!