As we all know, we are all young at one point in time. In our youth, we at times do things that are not as politically acceptable as we would like as we grow in years, and at times can even be a little embarrassing as we look back. 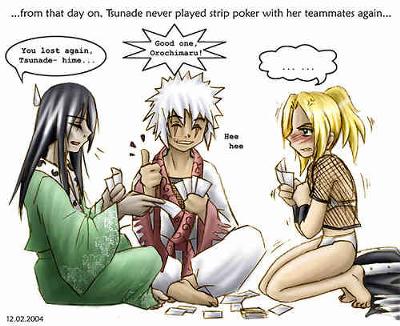 (Photo from mumblings of an irate passenger)

This is the tale of one such time. I (Steve from here on) was in a technical college in Nashville, TN (this college will remain nameless). We had a nice apartment off of Charlotte Ave. Myself and my roommate (Sam from here on) decided that it would be a great idea to have a down and dirty blowout party at the end of the semester.

We got a large spread of food ready. We got all the people invited... or so we thought. What we didn't realize was that it was a huge weekend for parties and there were several other parties at the same time as ours, but that was ok, it wound up being Me, Sam, and seven or eight girls.... Not a bad party if you ask me. That is when the games began.

We had planned on playing poker, as we usually do for nickels and dimes.... We didn't plan on the girls being broke, and just a little intoxicated by the time the game started. Not 45 minutes into the game, all of the girls where naked, Sam was down to his boxers and socks, and I my boxers, my shorts, and my socks/shoes still on.... Hell half the clothes I lost was for the hell of it and to get more "comfortable."

This is when it all started to go wrong. Stacy, the only girl that I knew that well, and the only one whose name I actually remember, had a thing going on for a while anyway.... She made the suggestion that since the girls where all naked that instead of quitting we start playing for "favors," if you catch my drift.

This went on for several hands and favors where performed where needed. That is when I won a favor from one of the other girls. This angered Stacy a little bit and the cat fight began. Stacy began to beat the crap out of the other girl, pulling hair, hitting close fisted....

Then the cops showed up in the parking lot.... Not usually a good thing, but it was made much worse by the fact that three of the girls decided to run out into the parking lot half clothed.

Yeah they went to jail for several things that night. But after all the cop crap was settled, myself, Sam, Stacy, the girl she was fighting with, and one of the other girls returned inside where the other girl and Sam went back to Sam's room.

This left me, Stacy, and the girl Stacy whopped up on alone in the living room. This could have been bad, but Stacy and the other girl began to.... Uh, let's just say: "passionately make up." This made for a very good and entertaining night for the three of us. But that is a story for another time and another place.