Had to Kiss My Best Friend's-Ex

His GF is dared to kiss someone else

I used to live in Riyadh, Saudi Arabia on a western compound. That means that I lived in a community of non-Saudi's surrounded by 20 foot walls and armed National Guard. Seems scary at the description, but they were the best times in my life.

Although I do not like to admit I drank in high school, especially since I was in one of the only countries in the world where alcohol was completely illegal, I did; we all did almost every weekend. One night we were at my friend Pierre's house (who happened to be from Belgium) sitting in his room playing truth or dare. 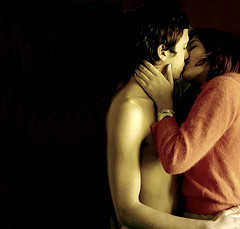 The Kissing Dare
(Photo from ValetheKid)
His ex- girlfriend (Nesma, half Egyptian half American) was there along with my best friend Mike (half Canadian half Lebanese) that had been hooking up under Pierre's nose.

We began playing and Pierre decided to go to the bathroom. We continued playing the game and it happened that I was chosen to kiss Nesma for 15 seconds while Pierre was in the bathroom.

To understand why this is so funny you have to imagine what I looked like back in high school. My face was a mountain range consisting of peaks and valleys all covered by a delicate layer of persistent oil.

I was about 75 pounds overweight and arguably the least attractive person on the compound if not in the city. Weeks previously, soon after Pierre's breakup with nesma, Pierre stated that he would kill anyone if he found out they were "hooking up" with his ex. 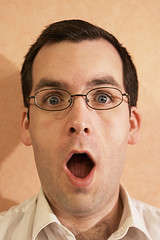 His GF is kissing some other Guy
(Photo from nicolasconnault)
Neither me nor my friend mike, who was also present really gave any notice because we had no such intention. However, the time came when I was dared to kiss Nesma. Being a dare she hesitantly leaned toward me and I toward her.

We barely touched lips when my friend Pierre came back from the bathroom and saw us sitting there looking at him with blank faces scared of what was about to commence... He stared for a moment and after a short pause he burst out in laughter.

I will let the reader decipher his or her own conclusion as to why he was laughing. Just know that in hindsight, I am laughing even harder at myself.

The Weirdest Dare I Have Ever Performed – Kissing a Turtle (Photo from maxstrz)
Many years ago when I was 10 years old, my friends and I thought it would be a fun idea to play truth or dare. So me and 4 of my friends: Josh, Trey, Matt and Dalton sat in a circle and started the game.

At first everyone was picking truth but as the game went on, some people got more daring. One had to drink a whole glass of milk as fast as he could, one had to run around the yard through the sprinkler in 60 degree weather, etc.

When my next turn came up I didn't want to look like I was the weak, scared one so I picked dare. I would later find out this would be a very bad decision!!

We were at my friend Treys house and he owned a pet turtle. My friends 'dared' me to kiss it.

I started freaking out!

I didn't want to get that close to a turtle, I didn't even like turtles!!

Nobody else had to do anything like this at all!

So, instead of backing down, I wanted to take on the challenge and not look like a wimp. I took the turtle by its shell and slowly inched it to my lips.

Its face looked so gross and reptile! When the turtle got close enough to my face he grabbed onto my nose with his mouth.

My reaction was to start screaming and throw the turtle across the room. Everyone started busting out laughing besides Trey.

He freaked out thinking I broke his turtle!! I felt so horrible until I found out that his turtle was actually okay.

Needless to say, everyone laughed hysterically and some of my friends still bring it up to this day and I still don't like turtles and haven't been near one since!!