My favorite truth or dare story happened a couple of years ago while I was attending a semi formal with a group of my fraternity brothers. We went on a trip out of town to go to another Chapter's semi formal dance. 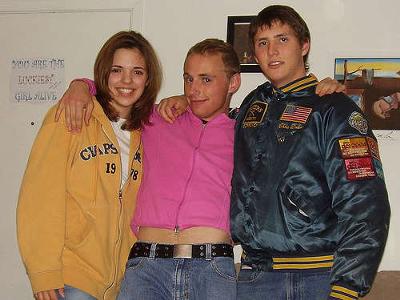 After the main event some of the brothers were hosting a huge party at their apartment. As the night wore down, most of my brothers had left leaving me at the party with my date. I knew absolutely no one else at the party.

They decided it was time to play truth or dare. I had heard stories about how their Chapter gets crazy at parties so I decided to stick around to see if it was true. First of all, everyone picks dare every time. I don't even think they allowed you to pick truth; it was that kind of party.

The first few were pretty tame, dancing around like a fool or kissing a friend in front of everyone. The best dare of the night was given to a quiet girl who not very many people knew. She was dared to pick someone to go into the bathroom and change clothes with.

This could have been a lame dare, but instead she picked one of the guys. They went into the bathroom and came out fully dressed in each other's clothes. This was semi formal attire so she was in a tuxedo and the guy came out in her very dainty, hot pink dress!

He spent the rest of the game in the dress, performing a number of dares himself. I never saw any of these people ever again, but I'll never forget that night I played truth or dare with strangers and watched them all make fools of themselves.