A Naked Dare at the Dorm party

When I was in college in Flagstaff, AZ I decided to attend a dorm party. I hadn't really gone to many parties in my time, but figured that since it was college I should give it a go.

As soon as I walked into the room I was immediately flashed by a girl and the room was roaring with laughter. I had walked into a game of truth or dare and she had just been dared to flash the next person who walked in the room. 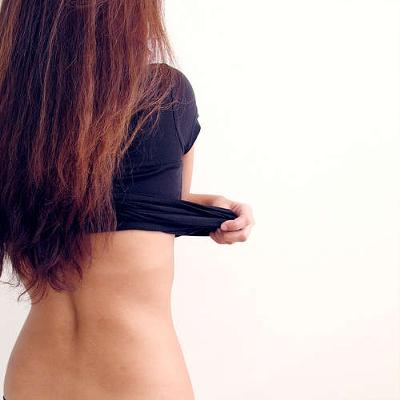 (Photo from Helga Weber)
I could tell this was going to be interesting. After some awkward introductions and being handed a drink, I decided to sit down and play the game. There were 12 of us at that point, with 5 or 6 people milling about watching the fun.

The rules were that if you took dare, and didn't do it, you had to drink. Of course this meant in time you were more likely to take the dare thanks to the social lubrication that alcohol provides.

I spent my time alternating between truth and dare occasionally being to embarrassed to do the dare and having to drink as a result. It was a good night. I got to learn about some new friends I was making, and got to see some rather interesting dares took place.

I can hardly believe that I accepted my last dare of the evening. I am not sure if it was just the alcohol or if it was the thrill as well that urged me on.

"Ok Dylan, I dare you to run through the quad in a cape." the girl who had flashed me earlier said. "Doesn't seem so bad," I countered "JUST a cape," and with her grin can a collection of laughter and jeering.

I had never really been much of an exhibitionist, but I figured and said: "Why not" With that several things happened at once. The room erupted yet again into a raucous laughter and one of the onlookers produced a cape from a closet in the room.

It looked to be an old Halloween costume for a vampire or something of the like. I took it and began to walk out of the room towards the stairs. As I walked outside the cool winter air hit my face.

Oh didn't I mention that there were at least 4 inches of snow on the ground? I put on the cape and began to disrobe. I looked up and was shocked at how many people were able to fit their heads through one window. With a heavy sigh I removed the last bit of clothing, save the cape of course, and began running through the snow.

Even though it was only for a minute at most it felt like an eternity. The fear of being caught, the excitement of the taboo, and the very very cold snow all worked to engrave this event firmly into my mind. I quickly ran back to my pile of clothes.

Got dressed and went back inside. The rest of the night went well. I did a lot more truths after that. From that point on I was known by those 17 or so people as, The Cape.